Inspiration in fashion comes from anywhere and everywhere. As Coco Chanel once said “Fashion is not simply a matter of clothes. Fashion is in the air, born upon the wind. One intuits it. It is in the sky and on the road.” As well as referencing the fine art world, fashion designers have often been known to look to film for inspiration. From associated prints and branding to screen shots and screen prints, the correlation between film and fashion has never been stronger.

As of more recent, Bobby Abley channelled his solo spring 2015 collection in London with Ursula from ´The Little Mermaid´ onto sweatshirts to the delight of the crowd. Next up, the accomplished Mr Thom Browne and iniquitous Miuccia Prada have used elements from familiar cinematic experiences to enhance the capacity of their collections.

Diana Pernet of ´A Shaded View Of Fashion Film (ASVOFF)´ fame, gave a discussion after her 8th successful installment at the Centre Georges Pompidou in Paris last week, noting that fashion is no longer about static photography but a marriage of multidisciplinary and multi media sources and references. However, is this a creative licence or just another step up from product placements?

A costume from “Hunger Game: Catching Fire” presents a striking resemblance to a snapshot from Thom Browne’s autumn/winter 2014 show. This apocalyptic apologue “The Hunger Games: Catching Fire” was released several months before Thom Browne presented his fall 2014 collection, which must have been absorbed into the designers creative vision. Given the fact that Trish Summerville’s costumes for the film got a great deal of media attention in the run up to the film´s premiere sitting along side Browne´s utilisation of dark themes dark themes, violence and dis empowerment of females.

Valley of the Dolls 2

Valley of the Dolls 2 sees Amanda Welsh escorted by two Dsquared2 nurses. As a normal trend,this design duo finds most of its fun in fashion detours: Polynesian themed tiki bars, psychiatric wards, artists’ studios and high school proms to name a few. Their show sets tend to hint-hint, wink-wink at a certain film or a time period as a narrative and context to help portray a collection’s message. Mark Robson’s “Valley of the Dolls” appeared to influence Dean and Dan Caten’s autumn/winter 2014 Dsquared2 show, which burst with sex symbols. Barbarella meets Bardot in all it´s sexy bubblegum glory.

David Lynch´s intoxicating “Muholland Drive” is a film which is simply either loved or hated. The New York Observer once famously called it “a moronic and incoherent piece of garbage.” Thankfully for Lynch, the fashion patheon love this director who’s trademark chaos negates any clarity or linear thinking which leaves his viewers ´ as having experienced a vivid dream which they don´t understand, but can´t wait to tell everyone the next day.´ Prada´s autumn/winter 2013 show followed on a concurrent theme with a cryptic set and macabre score which oozed mystery and intrigue.

The grandmaster of the original ´alternative´ movies of their day, Alfred Hitchcock´s portrayal of “Vertigo” is almost a homage to fashion, with it´s romantic obsessions and ideologies. Ralph Lauren presented this very notion for his autumn/winter 2014 show in which he utilised a gray, smokey palette to conjure images of mysterious Hitchcockian blondes looking as if they just emerged from Castro metro within the depths of a freezing San Francisco autumnal fog. With many more film inspired fashion notions popping up of recent such as Star Wars, it is certain that this ongoing correlation will keep the force strong.

For his spring/summer 2015 show in London, Bobby Abley had images of Ursula smiling across his over sized lilac sweatshirts- The MAN finalist then carried this trend onto affixing smirking Disney icons on his neoprene and sweatshirt creations. This is fast fashion in it´s most basic form but with a hint of humour and nostalgia won the designer points for poignantly portraying his Disney fan boy side.

Valley Of The Dolls

Anna Sui’s autumn/winter 2014 New York offering had the intrinsic colour palette of a Wes Anderson film.Because of his intense colour saturation, These movies tend be to be visual extravaganzas which encapsulates his audience into a technicolour trance so mouth watering your almost tempted to taste the screen. Numerous designers admire this director and utilise his palette to achieve their sought after rich, edible hues for the season.

Anna Sui’s autumn/winter 2014 New York offering had the intrinsic colour palette of a Wes Anderson film.Because of his intense colour saturation, These movies tend be to be visual extravaganzas which encapsulates his audience into a technicolour trance so mouth watering your almost tempted to taste the screen. Numerous designers admire this director and utilise his palette to achieve their sought after rich, edible hues for the season. 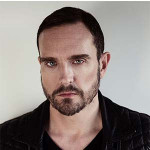 Corsets – Should You Be Wearing That Outside?

Dressing Up For Events – Why It Is So Important?

Shoes – How Much Does An Average Women Spend In A Lifetime?

Why Sustainable Fashion Is Not Always Ethical And Fair